Rinderpest caused the death of millions of animals and huge economic losses all over the world.

Even if eradicated since 2011, this disease is still a potential danger, and one single case, due to unintentional or deliberate release, could cause the reoccurrence of the disease. More specifically, while the virus no longer exists in nature, there is rinderpest virus containing material still maintained in some laboratories across the globe; and therefore, there is still a residual risk of a reoccurrence of rinderpest, either through the possibility of accidental or deliberate release of the pathogen from a laboratory. 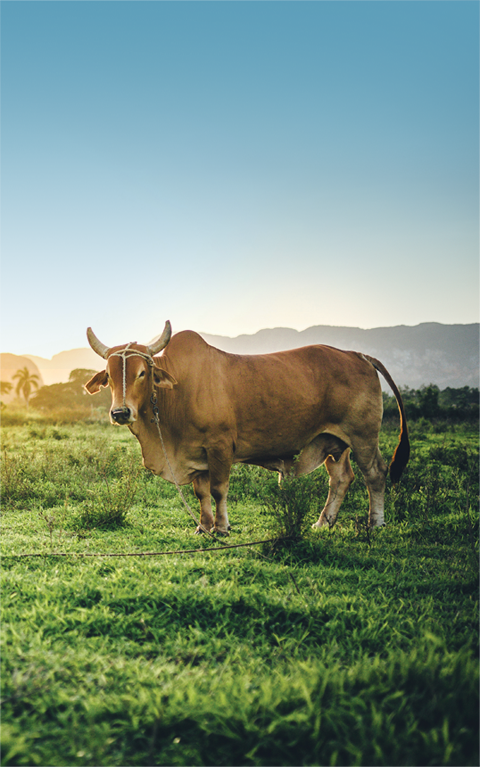 The key information about rinderpest

Learn from the past

Rinderpest has been known since the first domestication of livestock and is reported to have originated in Central Eurasia, spreading later to Middle East, Europe, Africa and Asia, following trade and migration routes. Rinderpest triggered extensive famines in Africa and hindered agricultural development in Asia.

At the end of World War I, rinderpest was spreading rapidly from Asia to Africa and then to Europe. There was a need for countries to come together to combat the disease. An outbreak of rinderpest in Belgium in 1920 was the impetus for international cooperation in controlling animal diseases, leading to the establishment of the OIE in 1924. Walter Plowright developed an effective and stable vaccine in the 1960s – it represented a milestone on the way to eradicate rinderpest.

Due to decades of internationally concerted efforts to eradicate this disease, global freedom from rinderpest was officially declared in 2011 by the OIE and FAO and is consequently the first animal disease to be eradicated.

Since then, the OIE and FAO continue to work on the post-eradication phase to ensure that we will not face the reappearance of rinderpest. Also in 2011, through a resolution adopted by OIE Member Countries during the OIE General Session, a commitment was made to destroy remaining rinderpest virus containing materials or safely store them in a minimum number of approved high containment laboratories (that have in place measures to minimize the risk of unintentional or intentional release of the pathogen), to remain vigilant to reoccurrences of the disease, and to cease all unapproved research activities.

As a key player in educating the veterinarians and veterinary paraprofessionals of tomorrow, it is your mission to educate your students on this major historical disease to ensure we keep our world free from rinderpest.

Future veterinarians will have the crucial role of preserving animal and human health in your country. Therefore it is essential to make them well aware of how to protect your country from rinderpest outbreaks, how to diagnose the disease and what to do in case of reoccurrence. You teach and inspire the next generations of veterinarians; rinderpest is part of our history and it should be part of your education program.

To help your in fulfilling your educational mission regardingon rinderpest, the OIE provides you with a teaching module that summarizes the key information all veterinarians should know about rinderpest.

When can you integrate your rinderpest teaching module in the undergraduate curriculum?

– In lectures on syndromes and other diseases of ruminants such as:

– In lectures on exotic and/or (re)emerging diseases

– In lectures on viral diseases of cattle

– In lectures on epidemiology and outbreak control

– In lectures on veterinary history

STUDENT!
LEARN TO RECOGNIZE THE DISEASE 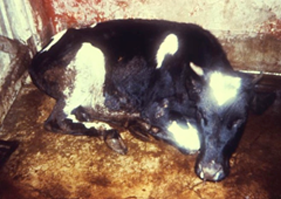 Depressed cow with rinderpest in the ‘milk fever’ position. 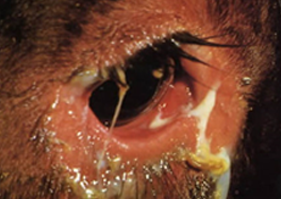 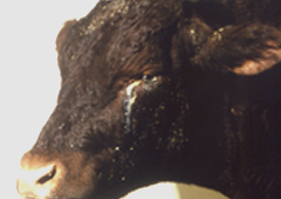 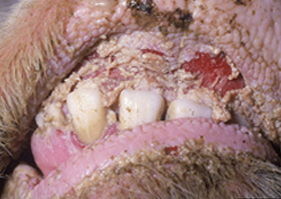 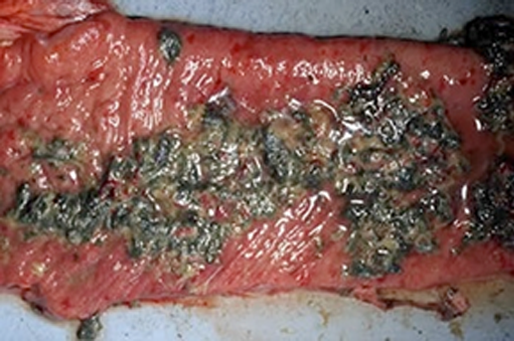 Necrosis and fibronecrotic exudate in the small intestine due to rinderpest in a cow.

Multiple longitudinal linear haemorrhages (‘zebra stripes’) in the colonic mucosa of a cow with rinderpest.

WHAT IF…?
KNOW WHAT TO DO IF YOU SUSPECT A CASE OF RINDERPEST?

If you see signs compatible with rinderpest report it immediately to the National Veterinary Authorities for further follow up to rule out rinderpest through laboratory diagnosis. If the case has rinderpest virus specific antibodies, it is considered to be a suspect case, and should be reported immediately to the OIE.